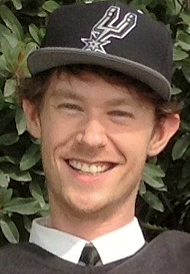 It is with profound sorrow that we announce the unexpected passing at home of Andrew Raymond Chisholm on March 25, 2017 at the age of 31 years.

Andrew was born in Kamloops on November 24, 1985 and was proud of his home town. He attended Dallas Elementary and graduated from Valleyview High School. Over the years Andrew had  attended SFU and BCIT. More recently, Andrew had  returned to Kamloops and had enrolled at BCIT to compete his degree in July. He was so looking forward to continuing his passions of writing and film.

Andrew was creative, witty, funny, intelligent, charismatic, charming, inspirational and loyal to family and his myriad number of friends. He did not judge others but rather chose always to find something good in everyone no matter their situation or station in life. Andrew left his mark on people wherever he went and easily and unwittingly became the focal point of any gathering. He was truly a free spirit and lived his life to the fullest.

Please join Andrew’s family and friends for a Celebration of his Life, Sunday April 9, 2017 at 2:30 pm at The Central Station Pub in Kamloops. Bring your favourite stories and memories and dress as he would want you to – colourful