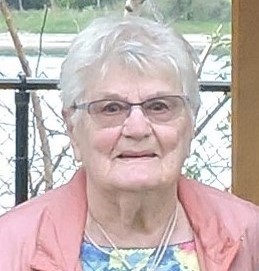 IN LOVING MEMORY OF

Barbara Carlson was born in Lockwood, Saskatchewan on April 14, 1924 and passed away at Royal Inland Hospital, in Kamloops, British Columbia, on May 31, 2020, after a short stay.

She worked as a secretary for many years in Saskatoon before and after the death of her first husband, Steven Tall.  Later she worked for Dr. Kenneth Carlson and in 1969 they married and eventually moved to North Battleford.  After retirement, they spent a short time in Calgary, Alberta, but soon moved to Harrison Hot Springs, British Columbia, and a warmer climate.  They spent many happy years there together, until Ken’s passing on March 23, 2015.  In June of 2015, she moved to Kamloops and lived independently in Mayfair Manor, Kamloops, British Columbia, where she was very happy.

She was fiercely proud of her ability to be independent, and only allowing herself the concession of having suppers prepared for her, she prepared her own meals and took care of the day to day responsibilities of life.  She loved to walk, and seldom missed a day, often walking the hallways of Mayfair on days when the weather was poor.  She was known for her speedy walks, even with her walker, and none of her peers were able to walk with her.  While on her walks, she would stop to speak to all dogs and children, two great loves of her life.   She was a huge sports fan and watched many hours of sports on TV, particularly CFL football and curling.  She was friendly, gentle, kind, generous and was loved by all who met her.  She was truly one of a kind – a very special lady with a huge capacity to love.

Barbara was predeceased by her brothers, Peter, Bryan, Dick and Bill and her sisters-in law, Joyce (Ian) and Audrey (Dick) and niece Diana Muzzo (Armstrong).  She is survived by her brother Ian Armstrong, her sister-in-law Marian Armstrong (Bill), and numerous nieces and nephews, and great nieces and nephews and great grandnieces and grandnephews, all of whom she loved as if they were her own.   She took great delight in each photo and funny little story told about her great grandnieces and grandnephews.  She was affectionately known simply as “Auntie”, with no need for her given name by most of her family.

At Barbara’s request, there will be no funeral service.

The family of Barbara Carlson would like to extend a very special thank you to the staff at Mayfair Manor where she so happily lived and also to the medical staff at Royal Inland Hospital for their loving care during the last weeks of her life.

We are truly blessed to have had her in our lives and we will always carry her memory in our hearts.

“Rather than mourn the absence of the flame, let us celebrate how brightly it burned.”  Let us comfort one another with favourite memories and celebrate the spirit of one very special life, so that in our hearts the flame will burn forever.