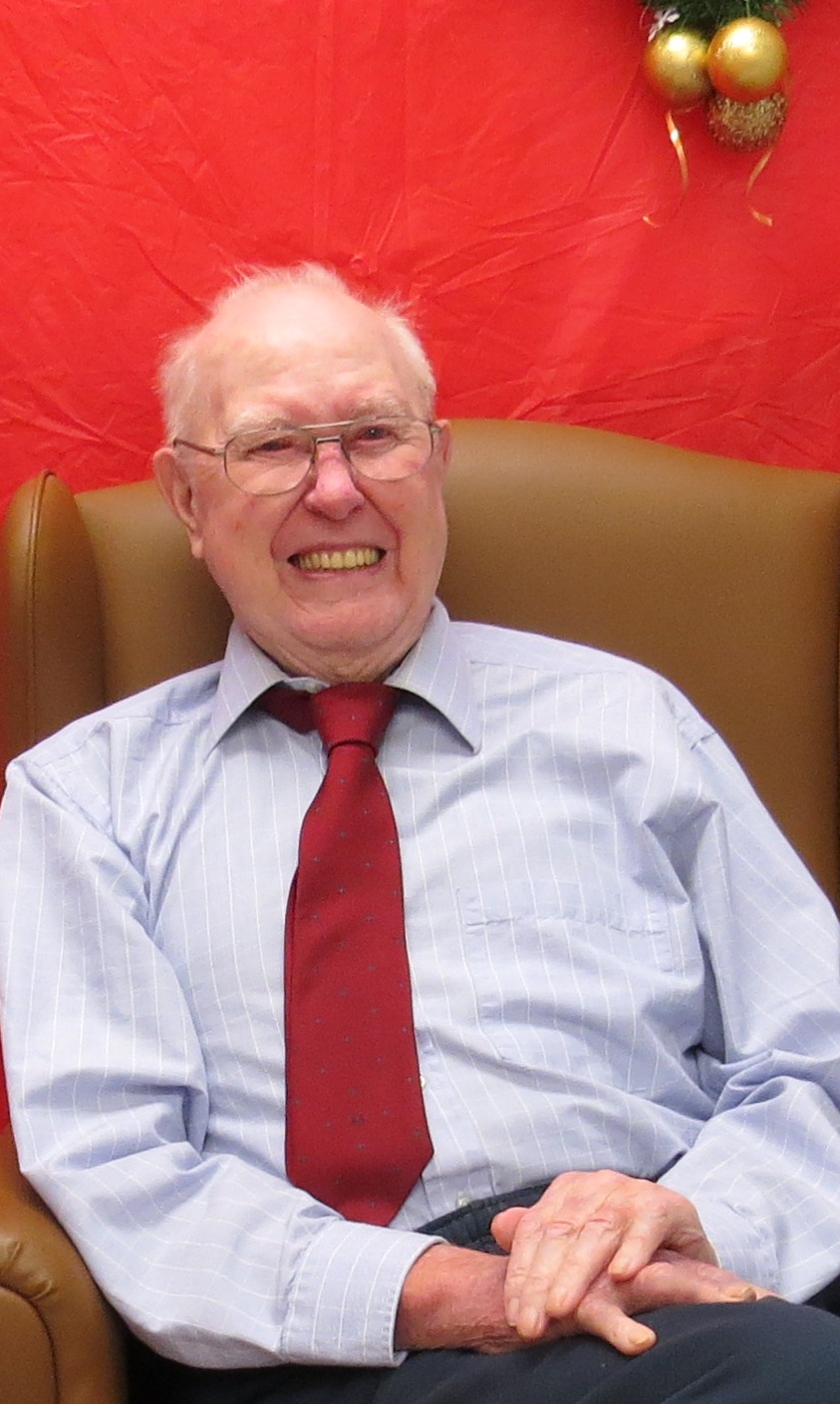 Andy Saunders passed away, after a full life, on July 10, 2015 in Forest View Place, Dr. Helmcken Memorial Hospital, Clearwater, BC. He was 90 years of age – ready to turn 91 in 10 days. Born in Louis Creek, BC on July 20, 1924, Andy is survived by his loving wife Eleanor; brother Ivor; children David (Krissy), Wayne (Debbie), Carrie (Dennis) and Crystal (Dan); and by 10 grandchildren and three great grandchildren. Andrew was predeceased by his parents, Oscar and Mercedes Saunders, and by his brother Elmer.
Andy was raised on the farm at Squam Bay and spent the eight years of his education in the little log school house there. Following school, Andy worked as a logger until enlisting in the army at 18. After the war, he stayed on for two years as a Lance Corporal. He then came home to Squam Bay and bought a 320 acre farm which he farmed until 1980. He and his wife Eleanor then moved to Forest Lake where they resided until 2004. At that point they took up residence in the Yellowhead Pioneer Residence in Barriere. Andrew moved to Forest View Place in 2007.
Andrew’s military service was very important to him. He was a member of the Barriere Legion Branch #242 for 65 years, and he received a certificate of recognition for his service during WW2. He had real family values. Spending time with his children was very important to Andy; he enjoyed fishing, going to the city, and being involved with them in their clubs.
Friends and family are welcome to gather at the funeral service for Andrew Saunders at 1:00 p.m. on Saturday, July 18, 2015 at the Squam Bay Hall. Following the service, Andy will be cremated and interred at the Barriere Cemetery. Donations to Forest View Place in memory of Andy Saunders would be appreciated. Arrangements entrusted to North Thompson Funeral Services, Barriere and Clearwater, BC, telephone 250-672-1999. Condolences may be sent to the family at www.NTFuneral.com.

Offer Condolence for the family of Charles Andrew Saunders 1924 – 2015