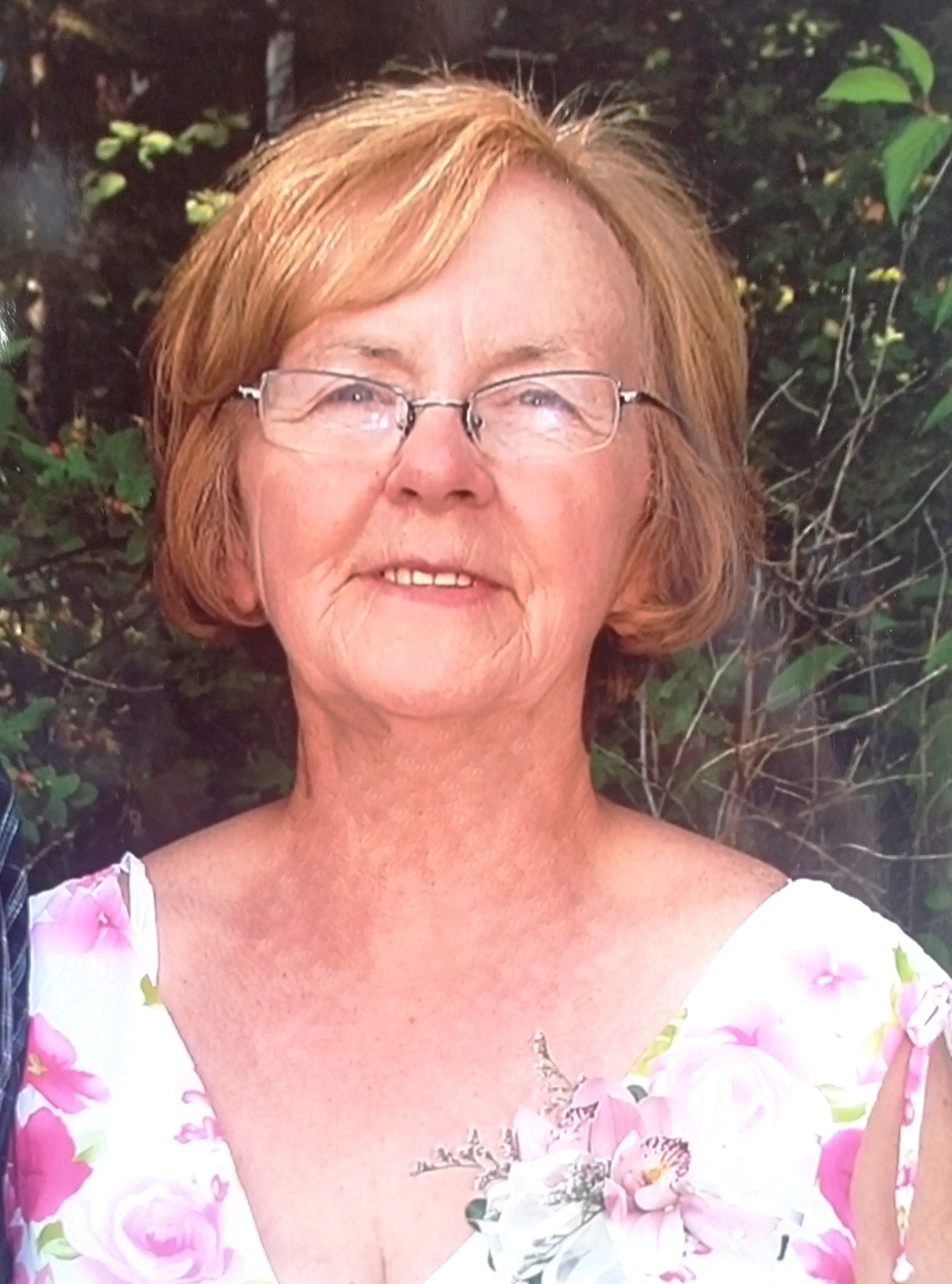 TO WATCH THE FUNERAL SERVICE FOR MRS. ROSEN PLEASE CLICK THIS LINK

God needed another angel to help him make this world a better place. He couldn’t have chosen one more perfect. Mom passed away peacefully after a lengthy fight with brain cancer, with her daughter Heather, granddaughter Jessica and her pug Rebel by her side on July 27, 2015, in Burns Lake, B.C. She will be greatly missed by many people. The beloved wife of Ken Rosen, loving mother of: Debbi (Dennis)
Boylan of Victoria, B.C.; Danny Hill of Edmonton, AB.; Lynn (Claudio) Tulliani of Merritt, B.C.; Lorelei (David) Demarell of Castlegar, B.C.; Art Rosen of Edmonton, AB.; Leonard (Alanna) Rosen of Merritt, B.C.; Heather (Jeff) Paulson of Burns Lake, B.C.; grandmother of 20 and great grandmother of 15, sister to Patsy (Wally) Hickey of Nova Scotia, aunt to many nieces and nephews; and friend to many. She was
predeceased by son Phillip, mother Irene, father Daniel, sister Dollena, and grandson Kenneth. A true pet lover, Mom will be missed by her pugs Rebel, Sweet Pea (with her in heaven now), Blaze and Angel.
Born in Pleasant Bay Inverness County, Nova Scotia, on Dec. 3, 1939, Claire Ann Hinkley grew up in Nova Scotia where her mom Irene raised her and her two sisters, Dollena and Patsy after her father Daniel Richard passed away in World War II. Mom was named after her father’s friend in the army, a man named Claire. Married at a young age to her first husband Kenny Hill in Nova Scotia, she had her first three kids, Debbi, Danny and Phillip. She worked at a chocolate factory and a TV factory to raise her kids and keep food on the table. Escaping from a bad situation, she answered an ad that her future husband to be, Ken Rosen, had placed for a homemaker and nanny for his four kids, Lynn, Lorelei, Art, and Leonard in Louis Creek, BC as he was a single parent as well. Mom moved to Louis Creek with her 3 kids in 1967. Soon, she counted all 7 kids as her own. They moved to their farm in Darfield in 1969, and soon after she and Ken were married in 1970. In 1972 they brought their youngest, Heather (making 8 kids), into their world, hoping to bring their two families together. They also built their first real home for them and their kids on the farm in Darfield that year as they were living in temporary housing on the farm. They worked hard clearing land for fields and built their home with help of friends and family. They bought cattle, horses, pigs, goats and chickens. There was never a shortage of food for the eight kids and them as between her huge garden and preserving of food and thriftiness (dad worked in the bush as a faller); there was always good, wholesome food. To this day, there is probably still canning jars out on the farm where kids had taken a “snack” with them of peaches or cherries. The thought of her homemade bread, homemade ice-cream, angel food cake and her spinning pot of spaghetti still makes one’s mouth water. Her porridge and liver was another matter entirely.
Mom was a hard worker and kept herself busy raising kids, cattle and keeping the farm running; haying, changing sprinklers, milking cows, gardening and preserving food – working harder than most men. When the kids were all grown she decided to go back to school and took horticulture at TRU. She loved school and excelled at it. After that she became a home support worker. She was wonderful at this as she was a natural caregiver. From there she became a nanny to multiple kids, living in the Kootenays to look after her granddaughter and other people’s kids. This helped make her car payments and ends meet.
Her loves were her pugs, her family and friends, growing her garden, farming, being a horticulture student, her quilting guild in Kamloops and Barriere were very important to her, and especially making cancer comfort quilts with her Barriere Quilting guild and for family, home support work, being a nanny, reading, eating chocolate chips while chatting on the phone with friends and loved ones, popcorn nights with Jackleen, and early morning coffees with family by phone.

Donations to the Canadian Cancer Society in lieu of flowers would be appreciated in mom’s name. Officiating; Pastor John Peter Mosigan.  Condolences may be sent to the family at www.NTFuneral.com.

TO WATCH THE FUNERAL SERVICE FOR MRS. ROSEN PLEASE CLICK THIS LINK

FUNERAL SERVICE FOR CLAIRE ROSEN
A funeral service for Claire was held on Sunday, Aug. 2, 2015, at 10 a.m. at the North Thompson Agriplex banquet hall in Barriere, B.C., 4856 Dunn Lake Road. Tea to followed, and then a graveside service was held at the Darfield Community Cemetery.

Offer Condolence for the family of Claire Ann Rosen