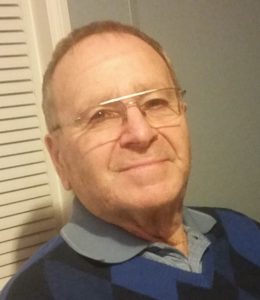 In loving memory of

Colin passed away peacefully in Kamloops, BC on May 3rd, 2019. Colin is survived by his loving wife of 51 years Barbara. He is also survived by Colin JR (Shelley Duncan) Dorchester N.B, Lisa (Moncton N.B), Kevin (Sackville N.B.), Shannon (Troy) Mills of Prince George.  Sisters, Carell Sinclair (Norm) of Surrey, BC, Jhande Janzten (Curt) of Delta, BC, Koral Bromwell (Al) of Nanaimo BC, and brother Leagh Brown (Anne) as well as 10 grandchildren and 4 great-grandchildren and many nieces, nephews, and great-nieces and great-nephews.

Colin was a hardworking man from being in the Army in his early years to owning his own Construction Company. After selling his company and relocating to the Maritimes Colin worked seasonally painting bridges, worked in a penitentiary as well worked in a school for the hearing impaired. Colin then switched to building Modular Homes and repairing any issues that arose after they reached their final destination. In 1994 he relocated back to British Columbia and worked for the Diocese of Prince George managing the College Heights Modular home park until his retirement.

Colin enjoyed reading, listening to music, watching TV, camping, building things with wood and loved to joke around. Most of all Colin was a TRUE family man and loved his “child bride” Barb.

A celebration to honor Colin’s life will take place at a later date. Condolences may be sent to the family at DrakeCremation.com