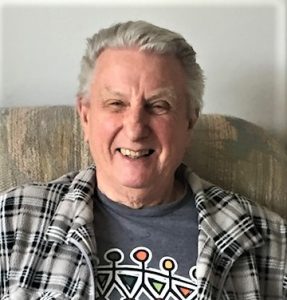 Dennis Murray (Ray) MacKenzie was to his wife, a “Ray of Sunshine” (most of the time). To his children, (many added to the family as the years went on) a loving father and mentor.  Papa Ray to the grands and great grands. Proud Army Veteran, United Nations Peacekeeper and dedicated Legion member of 50 plus years.

Most of his professions involved driving.  Buses, trucks and some off road equipment, also hauling as an Ice Road Trucker. He worked for many companies over the years.  Greyhound, Coachways, PCL, Whitepass & Kaps Transport to name a few.

Tod Mountain (prior to Sun Peaks Resort) He worked hard at any and all jobs necessary to ensure the success of the ski resort. He had a blast doing it. His motto was “work hard, play hard.”

His last job was special to him, as he was a bus driver, mentor and friend to several generations of school children in his home town of Clearwater.

In retirement he took on a year-long christian mission with the African Children’s Choir.  He was their bus driver covering from the Mexican border to Alaska.  He also was the equipment manager, lighting specialist for concerts, guardian for 26 children between 6 & 9 years and mentor to 9 fellow chaperones.

He was a friend to innumerable people.  He was always willing to lend an ear and advice when asked.  He could find some humour in most situations and sometimes suggested ideas that might be a bit troublesome.  He usually was quick to talk his way out of trouble, with a twinkle in his eye.

He will be missed by many. RIP Ray

Offer Condolence for the family of Dennis Murray ‘Ray’ MacKenzie