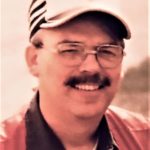 George passed away peacefully on April 2, 2018 after a lengthy battle with cancer. He is survived by his loving wife of 50 years, Geri; sons Tim(Janet) and Geoff(Bonita); and grandchildren Jenaya, Tyson and Benjamin.

George was born in Flin Flon, Manitoba on June 1, 1943. He was a loving and devoted husband, father and grandfather; a true example of a man of integrity and honour. After George and Geri were married in 1968 in Flin Flon, they ventured west to British Columbia to begin their new life. George worked as a Geologist for over 25 years for Gibraltar Mines in Williams Lake, BC and retired in 2005. He was a naturalist and loved the outdoors. In his early years, he was an avid canoeist, where he competed in highly intense endurance races in the abundant lakes and streams surrounding Flin Flon and Creighton, Saskatchewan, and even considered trying out for the Olympic team. He passed on that love of canoeing, nature and the outdoors to his sons, who cherish the devotion and love their father gave them, spending time at the lake, hiking and horseback riding amongst an abundance of wisdom and many other wonderful memories. George was, and still is, a devoted Christian and is now at his Lord’s side in Paradise

There will be a celebration of life for George at 2:00 p.m. on Saturday, July 7th, 2018 at St. Andrew’s Presbyterian Church located at 1136 6th Ave Kamloops, BC. All that knew George and his incredible kindness are welcome to attend to celebrate his wonderful life. Condolences may be sent to the family at DrakeCremation.com

Donations can be made to the Canadian Cancer Society and/or Kamloops Hospice Association.

Offer Condolence for the family of George Edward Barker 1943 – 2018