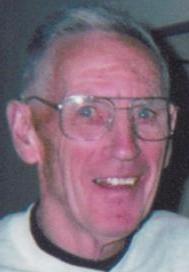 It is with profound sadness that we announce the passing of Walter Raymond Gibbs on Sunday, November 27, 2016 at Royal Inland Hospital in Kamloops, BC.  Born March 26, 1932 in Calgary Alberta, Walter was predeceased by his parents Alfred and Polly Gibbs and his brothers Douglas, Ernie and Gordie. Walter leaves behind his wife Shirley (nee Bird) to deeply mourn his loss after 65 years of marriage, his sons Don (Vicki), Doug (Elaine), Steve (Candie), Greg (Lisa) and daughter Nancy (Gary) Chadwick, along with 18 grandchildren, 24 great grandchildren and 3 great, great grandchildren.

As a young man, Walter moved from Calgary to Haney, BC, where he was employed at Hammond Cedar for a number of years.  As his family grew so did his opportunities and Walter soon moved his family to Port Moody while he finished out his career with Lambford Cedar.  Although he retired to Kamloops in 1990, Walter rarely slowed down.  He was known to work tirelessly at his home in Kamloops and his cabin near Logan Lake, whether he was tinkering in his workshop, splitting firewood or maintaining a shed full of skidoos for weekend visitors. Often, when the work was finished for the day, Walter would get on his skidoo and if you were lucky enough to be invited along, you knew this ride – and this man – would never be forgotten.

Rest well now, Walter.  No service by request.  Arrangements entrusted to Drake Cremation and Funeral Services. Condolences may be sent to the family at DrakeCremation.com. Donations in lieu of flowers to the BC Children’s Hospital would be appreciated.

“Meet me at the end of the Milky Way, Walt.” Shirley