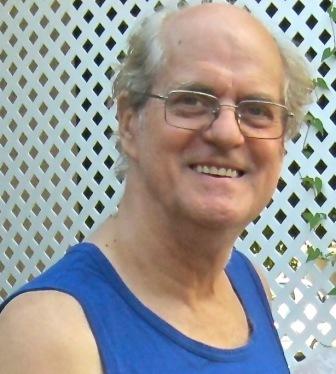 August 15, 1946 – October 29, 2015
Kimmerly, Joseph Martin (Marty), born Edmonton AB August 15, 1946 to Joseph and Eva Kimmerly. Marty started his career with the Canadian National Railway at the age of seventeen while attending U of A and obtaining his B. of Commerce degree. In 1969 he moved to Vancouver and briefly worked for General Foods, but returned to the railway where he worked as a switchman, brakeman, and conductor until age 55. He then began working for the Rocky Mountaineer and later the Kelowna Pacific Railway until retirement at age 67.
Marty met his wife Linda in 1972 and they married in 1974. They moved to Kamloops (McLure) where they built a log home and raised their two daughters Andrea and Mandy. After ten years they moved to Rayleigh and eventually Valleyview.
Marty passed away October 29, 2015 after three years treatment with colon cancer. He is survived by his loving wife Linda and daughters Andrea and Mandy, as well as four siblings, Larry, Colleen, Patricia and John. We wish to thank the staff and volunteers at the Marjorie Willoughby Hospice House for their care and support. He will be lovingly remembered by his family and friends, and will be in our hearts forever. A Celebration of Life will be held at the Kamloops Alliance Church on Friday November 20, 2015 at 2:00pm. Any donations in Marty’s name to the Kamloops Hospice House. Thank you.