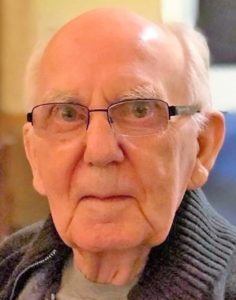 Lawrence Thiessen passed away on Sunday, May 13 at Royal Inland Hospital at the age of 76.

Lawrence was born on September 4, 1941 in Morris, Manitoba.  He moved to BC in 1967 with Audrey and Rod and was a co-owner of PK Auto in Surrey before moving to Kamloops in 1985 to retire.  He and Audrey settled at Kamloops Lake and sadly, Audrey passed away unexpectedly in 1990.  He met Evie the following year and they married in 1992.  Lawrence, Rod, and Evie took over ownership of Rogers Rental in 1993 and Lawrence retired in 2003.

He loved his visits to Arizona, Mexico, Ottawa, the Maritimes, and various other places throughout his life.  Kamloops Lake was a favorite relaxation spot where he could visit with his many neighbors, friends, and enjoy time with his family.

In lieu of flowers, memorial donations may be given to Marjorie Willoughby Snowden Memorial Hospice home or the Alzheimer Society.  Family wishes to thank the RIH- 6 North staff for their assistance and support during his most recent stay in hospital.  Family would also like to acknowledge the special staff at Kamloops Seniors Village who will not be named, but whom we know gave heartfelt care to Lawrence over the past year he resided at KSV.

Lawrence was very handy at many things… could always be counted on for help or to fix what was broken.  Lawrence had endless patience and a kind heart and will be greatly missed by those whose lives he touched.

A Celebration of Life will be held on June 2.  Family and friends are asked to contact family for further information. Condolences may be sent to the family at DrakeCremation.com

Offer Condolence for the family of Lawrence Thiessen 1941 – 2018