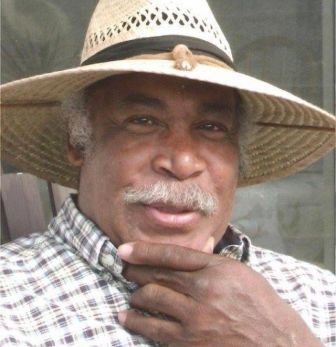 Lovell Coleman of Barriere, British Columbia passed away on August 10, 2016 in     Kamloops, British Columbia at the age of 78. Lovell was an American born Canadian football player. He was born in Hamtramck, Michigan. He will be sadly missed by his loving wife of 47 years, Maureen. He will also be missed by his son Scott (Kathy) of Sun Peaks, grandson Spencer and granddaughter Shay.

Lovell started his career with college football at the Western Michigan University Broncos from 1957 – 1959. He rushed for 1918 yards. His 279 yard game in 1958 is still a school record. Drafted in 1960 to the Cleveland Browns in the NFL in the 17th round, Lovell decided to play in the CFL. The Calgary Stampeders would be his home for 8 seasons, from 1960 – 1967. Lovell would rush for 6234 yards. In 1964 Lovell was the CFL’s Most Outstanding Player. He was also an All Canadian all star for 3 years. Lovell holds the Stampeders record for most rushing yards in one game, with 238. He moved to the Ottawa Roughriders in 1968 and won his first Grey Cup. He finished his career in 1970 with the BC Lions. Lovell played 123 regular season and 26 playoff games in 10 seasons. He had 42 touch downs, the longest run was 85 yards.

Lovell was added to the Calgary Stampeders Wall of Fame as #22 in 1999. Following his football career he moved to Vancouver and had a home renovation business for 20 years. He retired along with his wife Maureen to a rural farm in Barriere, BC.

“No doubt his old football buddies were there to meet him at the gate, extra jersey in hand. He is already lined up on the scrimmage line in heaven’s premier league, a picture of health and sporting the biggest grin ever. You were a dear friend Lovell, and will be very much missed.”