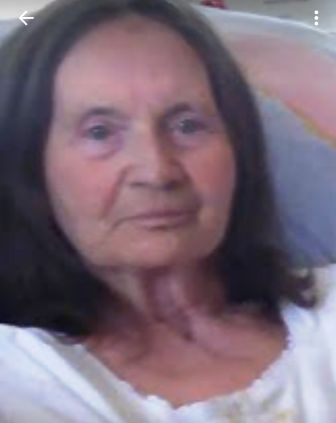 Marilyn Jean Bryce passed on to the next life on 23 December 2016 in Surrey, British Columbia, reuniting with her husband Gary Bryce (1938-2007). Born in Loon Lake, Saskatchewan, on 1 April 1942, to Melvin Charlton (1899-1990) and Agnes Charlton (1905-2006), she was the ninth child out of ten, survived by Vernon, Gerald (Bert), Robert, and Teresa (Gordon), and resting in peace with Melvina (Malcom), Rose (Kenneth), Reginald (Marjorie), Allan (Doris), and Judith (Fred). Marrying Gary Bryce on 20 December 1960 in Lloydminister and living out their last years together in Avola, BC, they had four children (Vaughn [Suzelle], Jamie, Tracy [Erdim],and Ted [Denise]), seven grandchildren (Michelle, Joel [Chelsea], Dalton [Ashleigh], Shane, Brandon, Tayner, Colin, and Sophia), and six great-grandchildren (Miguel, Kaylin, Connor, Landen, Owen, and Trevor).

Beloved wife, mother, grandmother, daughter, sister, aunt, and friend, Marilyn cherished her family above all else and blessed it with her surpassing love and care spanning over seventy-four years. She did not leave this world without giving all her strength to battle the illness which she had fought for the past year. She will be missed greatly. May she rest in peace.

In accordance with Marilyn’s wishes to be buried with her husband Gary, there will be a service in Clearwater on 29 July 2017 at 2:00 PM.