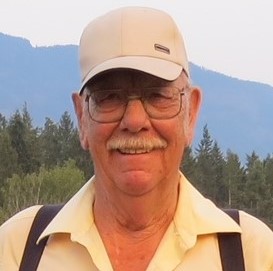 Tom grew up in Lister loving the outdoors and spending many hours playing hockey.  Being 6’7” was a big advantage on defence!  Tom loved to drive both short haul and long haul and to spend time on the road.  Camping and fishing were favourite pastimes. He lived in Fraser Lake and Kamloops and retired to Clearwater where he enjoyed his life with Sharon. Family was always important to Tom and he made many road trips to visit his mother who lived to 101 and to attend family gatherings.