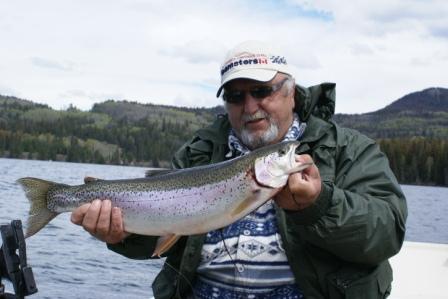 With heavy hearts we announce that Ingomar passed away March 11, 2016 at his home in Clearwater BC at the age of 76. He is survived by his wife Monika, his children Jerry (Lisa) and Corinna (Doug), his grandchildren Tyrell, Kyra (Josh), Ariana and Cameron as well as his great-grandaughter Shanna. He is also survived by his brother Uwe Demski, along with many nieces and nephews.  Ingomar was predeceased by his parents Erwin and Erika and two of his brothers, Volker and Helmut Demski. Ingomar was born in Germany on March 3 1940. In 1962 Ingo and Monika were married and came to Canada, where he worked for CN Rail for 31 years. He loved fishing, hunting and camping with his family.

There will be no funeral service at his request. Our family would like to thank the paramedics and RCMP officer that attended the house, as well as Ysobel, Phil and Marlene. We would also like to thank Dr. Soles and the girls at the front counter for their continued care and kindness shown to Ingomar and our family.