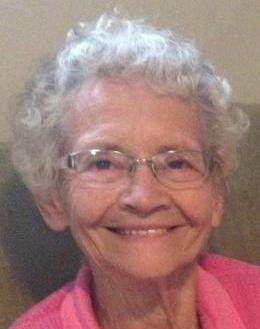 Kay Zerr of Barriere, British Columbia passed away peacefully at Ridgeview Lodge in Kamloops, BC on May 30, 2016.  Kay was born in Calmar, Alberta in 1939. Her family moved to Terrace, BC when she was nine and she later moved to Vancouver, BC at the age of eighteen. She met her future husband Gordie while working at McDonald Appliances. Gordie and Kay raised two children Carleen and Terrill and eventually settled in Barriere.

Kay was an active community member as a wife, mother, grandmother, great grandmother, volunteer and business co-owner. She and Gordie started Zerr’s Major Appliances which serviced the North Thompson Valley for over 33 years. Although Kay’s life was very full, she still found the time to enjoy her favorite activities such as camping, gardening, reading and most importantly spending time with family and friends.

Kay was diagnosed with Alzheimers disease in 2011 and was the Barriere and Area honouree for the Alzheimers Walk for Memories in 2015. Kay will be remembered for her positive outlook on life, her kind words, love of all animals including her dogs which she thoroughly enjoyed taking for walks and of course her contagious smile.

A Celebration of Kay’s life will be held on Saturday June 18, 2016 at 2:00 p.m. at the Barriere Lions Hall, 350 Borthwick, Barriere, BC. Reception to follow. Donations in memory of Kay can be made to the Alzheimers Society of British Columbia Box 277 STN M Kamloops, BC, V2C 5K6 Funeral arrangements are entrusted to Drake Cremation and Funeral Services, 4638 Barriere Town Road, Barriere, BC, V0E 1E0, telephone 250-672-1999