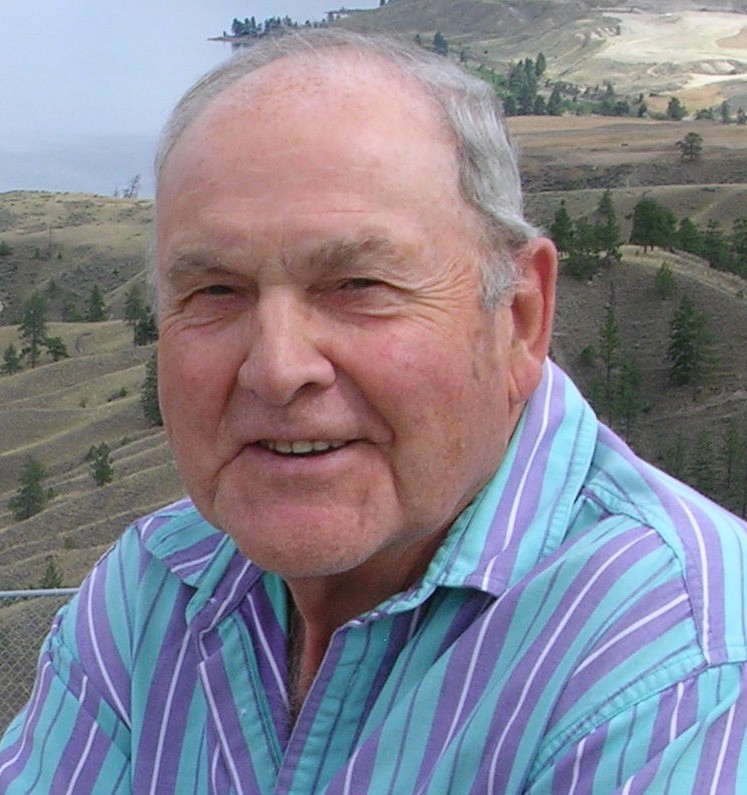 Walter Clayton Paige, born in Pouce Coupe on July 17, 1937 to Bill and Hilda Paige, grandson to Matilda “Tilly” Earnshaw Paige of the Nicola Valley, peacefully passed away in the early hours on December 27, 2016 with his family by his side.  Wally is reunited with June, his devoted wife of 57 years who passed before him in January 2015.  Without June by his side Wally’s health steadily declined, in/out of hospital the last four months of his life.

As a toddler, Wally left the Peace River Country with his parents, seven older brothers & sisters and an elderly neighbour lady hitching a ride, headed to Barkerville.  After a brief stay and the birth of his younger twin brothers, Wally, his older siblings and his father Pop Paige were on the move again, travelling to Kamloops.  Home at this time for Wally and family “was where you hung your hat” living at Powers Edition, Lower Heffley, sawmill/logging camp at Heffley Lake, & Quesnel.  Granma Tilly was often there to lean on and bake a pie or ten! Hunting, fishing, the outdoors, making mischief, reading, learning from his older siblings, music & parties, and street smarts, alongside some formal schooling, formed Wally’s education.  His intelligence, peppered with quick wit and a sharp memory, provided him the tools to go out on his own when Pop Paige unexpectedly passed away while they were working in Quesnel.  A young teen, Wally was determined to succeed on his own, working odd jobs, & staying on occasion with older siblings and their families.  Wally joined the army, where he spent approximately one year.  Walter’s early life was full of adventure and uncertainty; when he later shared his experiences with his children, the loyalty and love he had for his father, older brothers and sisters, friends and neighbours always came thru in the telling, adding “you are rich if you have family”.

Meandering his way back to the Kamloops area, Wally reconnected with family and friends.  During this time, Wally met June Harton in a coffee shop on Victoria Street, hardly recognizing her as his elementary school classmate.  June had grown into a lovely young woman and Wally was definitely interested in reconnecting with her!  They found they could talk easily for hours, feeling right at home with each other.  Later they married on August 31, 1957, ambitious to build a life for themselves.  They worked together, providing a loving, stable and stimulating environment for their children, while living in/near Kamloops and in Barriere. Wally and June endeavoured to treat their children, grandchildren, and those who lived in their home over the years, including much loved dogs and cats, with dignity and respect. They opened their home and hearts, helping many in need; everyone was welcome at Wally and June’s.  They believed in supporting their community and made every attempt to shop local.

W.C. was a natural for business and management and he sought to “sail by his own lights”.  Wally logged with his brothers, sold Renaware pots/pans as well as new/used cars & trucks, operated equipment for himself and the District of Brocklehurst, managed bush and log yard crews for Fadear Creek Lumber, Balco & Tolko, and bought many hectares of timber for Slocan Forest Products as Logging Operations Superintendent.  In 1992, while living in Slocan, Wally suffered a stroke; unable to return to work, Wally and June moved back to Barriere in 1993 to be close to their family & friends.  There they worked together over the next 20 years managing Riva Ridge Mobile Home Park, until January 2015.

Wally’s family is so grateful for the extraordinary kindness and compassion shown by the nurses, doctors and staff at RIH over the past three months, and staff at Marjorie Willoughby Hospice House.

No service by request; a private family get-together will be held in the Spring.  In lieu of flowers, please make a donation to the Marjorie Willoughby Snowden Hospice, 72 Whiteshield Crescent South, Kamloops, BC. V2E 2S9 (www.kamloopshospice.com). Arrangements entrusted to Drake Cremation & Funeral Services.  Condolences may be sent to the family at DrakeCremation.com