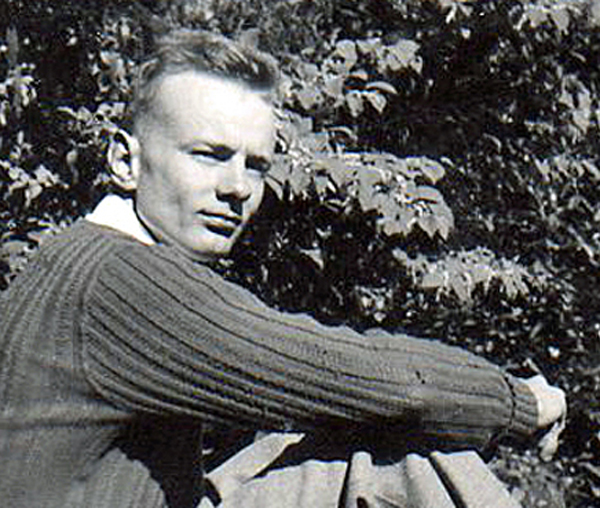 After celebrating 96 birthdays, Walter Ernest Winter died peacefully on July 4, 2020, with his family near. His curiosity in others and the world, sense of fairness, integrity and graciousness will be remembered by all who knew, loved and respected him.

He is predeceased by his loving wife Joan of 60 years, his brother Gordon, parents Harry and Edith, all his brothers-and-sisters in law, grandson Dillon and almost all of his long-time friends.

Walter was born in Ft. McLeod, Alberta on Dec. 31, 1923, but spent most of his childhood and teenage years growing up in Port Alberni on Vancouver Island where he went fishing, mastered yo-yo tricks, played tennis and spent inordinate amounts of time at the local pool hall. He attended UBC, won the university’s table tennis championship, hung out at the Cave with his pals, spent his summers surveying up BC’s coast and graduated with a degree in education.

Off to new adventures? Not just yet. He spent several unexciting years teaching in remote hamlets in Alberta before becoming principal for the grade 1-12 school in Hazelton, BC. His cabin beside the Skeena River soon became a hangout for other young bachelors. But while walking down the street one day, a friend introduced him to a pretty young public health nurse. She was new to town. When he turned back to take a second look, she was looking back at him . . .

Walter and Joan married in 1952 and greeted their first child, Lorraine, in 1953. After Hazelton, the family of three moved to Yellowknife where Walter served, via pontoon plane, as the superintendent of schools for the Western Arctic. During his tenure, he drew attention to the plight of Inuit children in the isolated Catholic/Anglican residential schools he was responsible for supervising. He wrote chilling reports to Ottawa about the injustices the children of the Western Arctic were experiencing.

A second daughter, Joyan, was welcomed in Yellowknife before the family of four moved to Fort Smith where Walter served as the K-12 principal of the school for several years. It was here their third daughter, Katrine, was born, delightfully completing the trio.

When Walter was hired in 1958 as principal of North Kamloops Junior-Senior Secondary in Kamloops, the family moved to the south central Interior of the province. Walter and Joan renovated an old chicken house in Brocklehurst to become the family home.

During his eight years as principal of the school — later to become known as NorKam Secondary — he was instrumental in removing corporal punishment from the school district’s code of acceptable practices and initiated other progressive changes within the school. He then became director of secondary instruction for the school district. The family enjoyed a romping good time in Brocklehurst and during this time, a baby boy, Sam, was welcomed into the fold.

Walter and Joan were always plotting, scheming and dreaming well into the night. On one such occasion, they decided to purchase a small, private lake near Little Fort, BC.  With a lot of resourcefulness and ingenuity, they developed a Kamloops rainbow trout hatchery. At Campbell Lake, they raised a young son and three teenage daughters in an old two-bedroom log house well off the grid, 25 miles away from the nearest high school. During this time Walter served as a TNRD director for several years and as chair of the TNRD for 13 more.

After 20 years of fun stories, trials and hard work at Campbell Lake, Walter and Joan sold the lake property and moved to Gibsons on the Sunshine Coast in their mid-60s. They worked at a salmon farm up the coast for a season before officially retiring. They later returned to Kamloops and lived in a beautiful riverfront home on Ridgeview Terrace before moving to Park Place where they celebrated their 60th wedding anniversary in 2012. Sadly, Joan died just three weeks later. Walter moved to Riverbend in Brocklehurst and later to a suite in a family home after more of his good friends had passed.

He lived the last few years of his life with family close by and his little dog Skip for companionship. Walter had many dogs throughout his life and loved them all.

Due to Covid, the family is not able to hold the warm-hearted service at St. Andrews on the Square they had imagined to honour this remarkable man.

Our gratitude to Dr. Paul Dickinson, home care assistants Jenn, Joy and Maggie and the staff at Kamloops Hospice House for making Walter’s last few weeks, and his children’s, the best they could possibly be.

Our heartfelt thanks to Drake Cremation Services for their compassion at this time. Condolences may be sent to the family at drakecremation.com.